An epic tale - Into The West

An epic tale - Into The West

I finally finish watching "Into The West" that was directed by Steven Spielberg . This movie lasts about 10 hours, showing us a sublime grand scene of American exploring the West and Indian protecting their tribes and lands. It's so solemn, bitterly and bloody yet touching.

I have no idea of what it's really like in the west during that brutalily conflicting time before. Having watched 'Into The West', My mind that has been long confused by the mysterious history of American West becomes a little clear that what had really happened in the West Land during the 18th and 19th centuries. In fact, I am also reading a book named 'The Spirit of the Border' that is written by ZANE GREY. This book is about the wild life in the Western border, of course, full of brutalities and mysteries.

I don't still know if it's necessary for Indian and American to slaughter each other. But we are all aware of that there are full of bloody conflictions in the human's history. God gives human wisdom that makes us above the animals. But God gives human no easily-contented mind, thus we are covetous, I figure, which is the reason why we need laws and ethics, and that is the causes of all kinds of ruins.

Of couse, there were no laws in the West Land at the beginning, so the palefaces were no less cruel to the redman whom they called savages. I wonder if it's because of the lack of good communication between the Indian and the White; I also wonder if it's really need to annihilate the redmen for the White to push the process of their civilization; I am confused when I see in the movie that the Indian children were forced to entered the schools which were in charged of by the White. Finally some Indian melted into the world of the white man. I can't help wondering why the white man didn't do the same things in the beginning, instead of not killing a lot of Indian children.

It seems that the history of human is just a history of destroying in order to satisfy their covetous desires. Perhaps, we will destroy ourselves fully and completely at last. 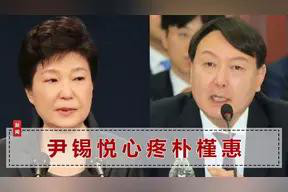